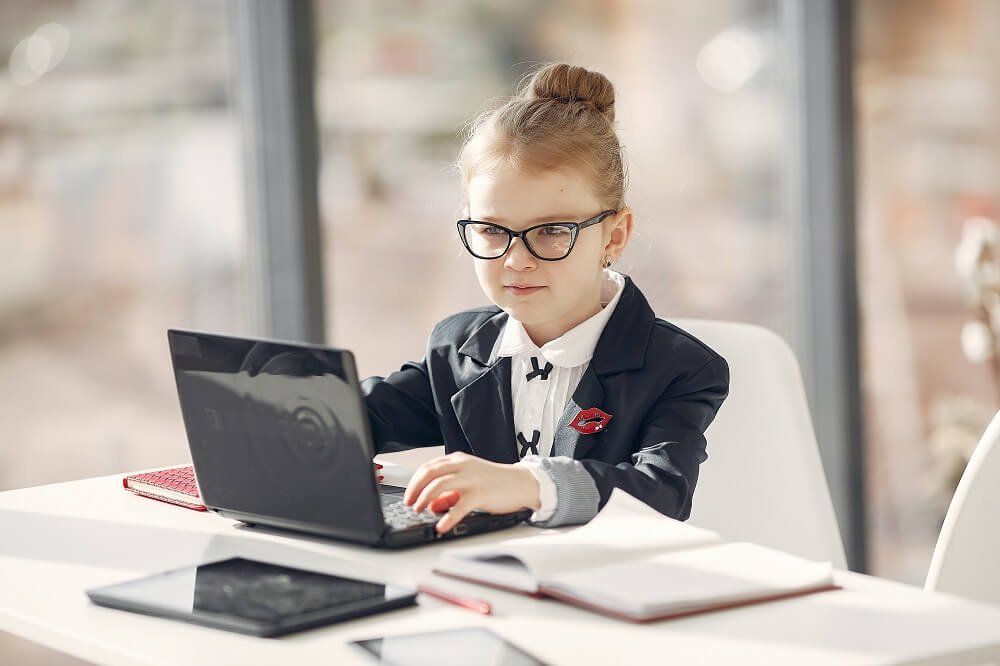 Did you know that snowmobiles, popsicles, Christmas lights, earmuffs, and trampolines were all invented by children?

The world’s most prolific investor Warren Buffet bought his first stocks when he was 11 and filed his taxes at 13.

The next Elon Musk could be sitting across your living room begging you to let him watch YouTube Kids for ten more minutes as you read this article. The question is, do you recognize these characteristics that little Musk is exhibiting?

Here are some definite clues that could mean your kid has the right traits to make it big. (Warning: Some of these could be rebellious or downright illicit.)

They sell more lemonade than their friends

Some kids’ “convincing power” goes on overdrive while they’re trying to sell stuff, or more precisely when they stand to gain something from an interaction, even if they aren’t very talkative routinely.

You might even find that they have multiple business ideas. They also jump from one idea to another – such as trading Hot Wheels cars with their friends to doing more household chores and “earn” more allowance for a bigger Barbie Dream House. 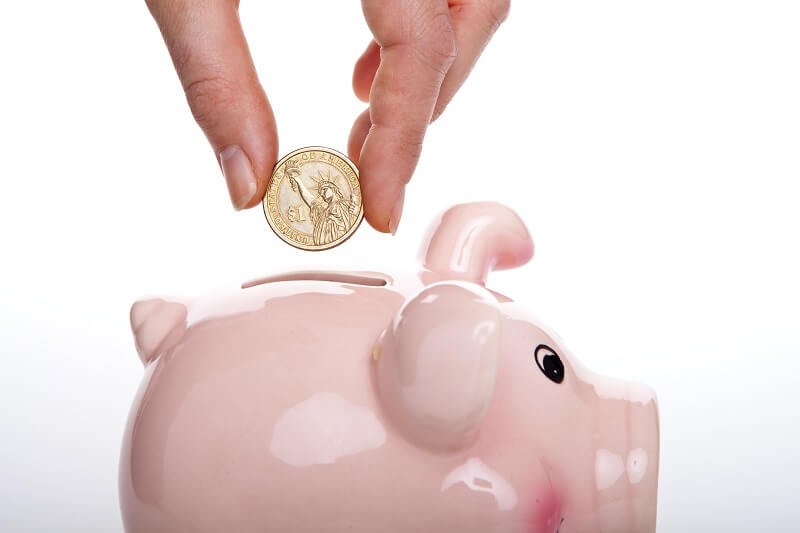 Teach kids about saving money. Open a bank account for them and teach them about investing (it’s never too early, trust me). Help them learn new skills, such as mowing a lawn, painting the fence, or writing code. Inculcate in them a sincere work ethic. Children pick up their parents’ attitudes towards work really quick. Finally, make sure they identify and understand the emotions, purpose, and significance of their wishes, and help them set goals (and pursue them) accordingly.

They’re not the brightest bulb in the box

Rule #1: Geniuses don’t get good marks in school. Getting straight As might be a sign that a kid is playing it too safe. John Rampton, a serial entrepreneur, says “While hiring for my startups, I have found that the majority of people I hire who are entrepreneurial don’t have perfect GPAs.” 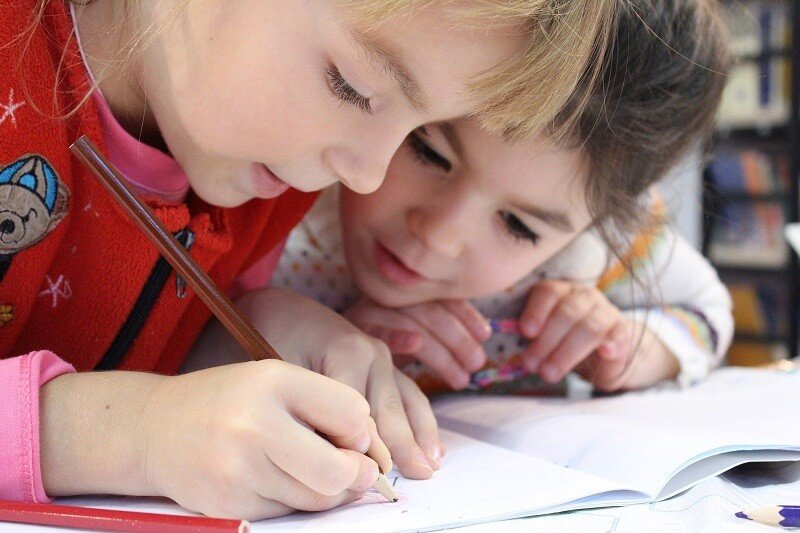 Don’t push them too hard. Accept average or below-average grades, or accept that they might not be inclined towards academics or formal education, as long as they show an interest in learning the stuff that matters to them. However, do instill a love for math and numbers in kids – that will serve them well into adulthood!

They engage in risky behavior

Does your six-year-old do flips on her skateboard, climb up the neighbor’s house like Spiderman, or swim to the deep end of the pool? Don’t worry, they’re only getting comfortable with disruption and bending the rules – both essential traits of the successful entrepreneur. The more risks children take, the more confident and independent they become. As they grow up, this might even be a “problem.” For example, in their youths, Bill Gates smoked weed, Steve Jobs used LSD, while Steve Wozniak (the Co-Founder of Apple) hacked into telephone systems. But they all turned out alright.

So many people are “protected” in their childhood and “taught” to develop a fear the unknown that they become overly resistant to change later in life. They grow up with little resilience to setbacks. 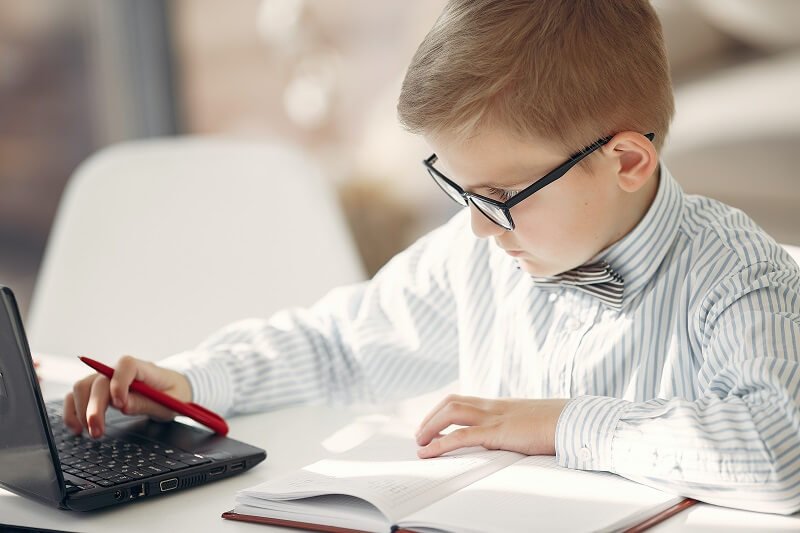 Know your kids’ strengths and weaknesses. If they have a particular skill, say, “Nice! Could you build a business around that?” Even if they have crazy ideas, support them as long as it isn’t illegal. Let them know that it’s OK to fail – be careful not to shame them for mistakes; help them learn from them instead. Give them autonomy – let them choose their toys and books, or how they want to spend their time. Decision-making is an art born out of suggestion, not enforcement.

They are wacky but inquisitive

How does water come out when we turn the tap? Why did grandma’s teeth fall out? Where do wasps go when they’re sick? (To the waspital, of course!) Do your kid’s questions drive you mad? Relax. Their natural curiosity is nothing but an entrepreneurial sense of wonder. Most entrepreneurs find gaps they can fill simply by relentlessly questioning the status quo.

You shouldn’t be concerned if your child doesn’t fit the mold. If your boy doesn’t want to be a firefighter or your girl doesn’t want to be a princess, rejoice. People who don’t pigeonhole themselves as children grow up to be more self-motivated, surefooted, and make their own place in society.

It’s your duty as a parent to provide all the answers and opportunities you can to your child. Foster their creativity by throwing unstructured ideas at them, and cultivating an atmosphere that encourages brainstorming and experimentation. Nurture their problem solving and critical thinking skills through simple games, puzzles, brainteasers and riddles. Urge them to read and participate in arts. Don’t scold them for deviating from the norms or expressing divergent thoughts.

Even if you don’t believe deep down in your heart that your kids could be as successful as Jeff Bezos or Jack Ma, a few simple words of encouragement and lessons (and pocket money) could help them gain fundamental lessons about life, money, and entrepreneurship. I’ll leave you with this great TED talk from Cameron Herold on how he was raised to be an entrepreneur and how you can do the same to help your kids flourish as would-be entrepreneurs:

Why Stemless Champagne Glasses Are In Trend Worldwide

What Are The Key Benefits Of Using A Wheelie Bin For Waste Collection?

All The Benefits That You Can Get From Exposed Aggregate